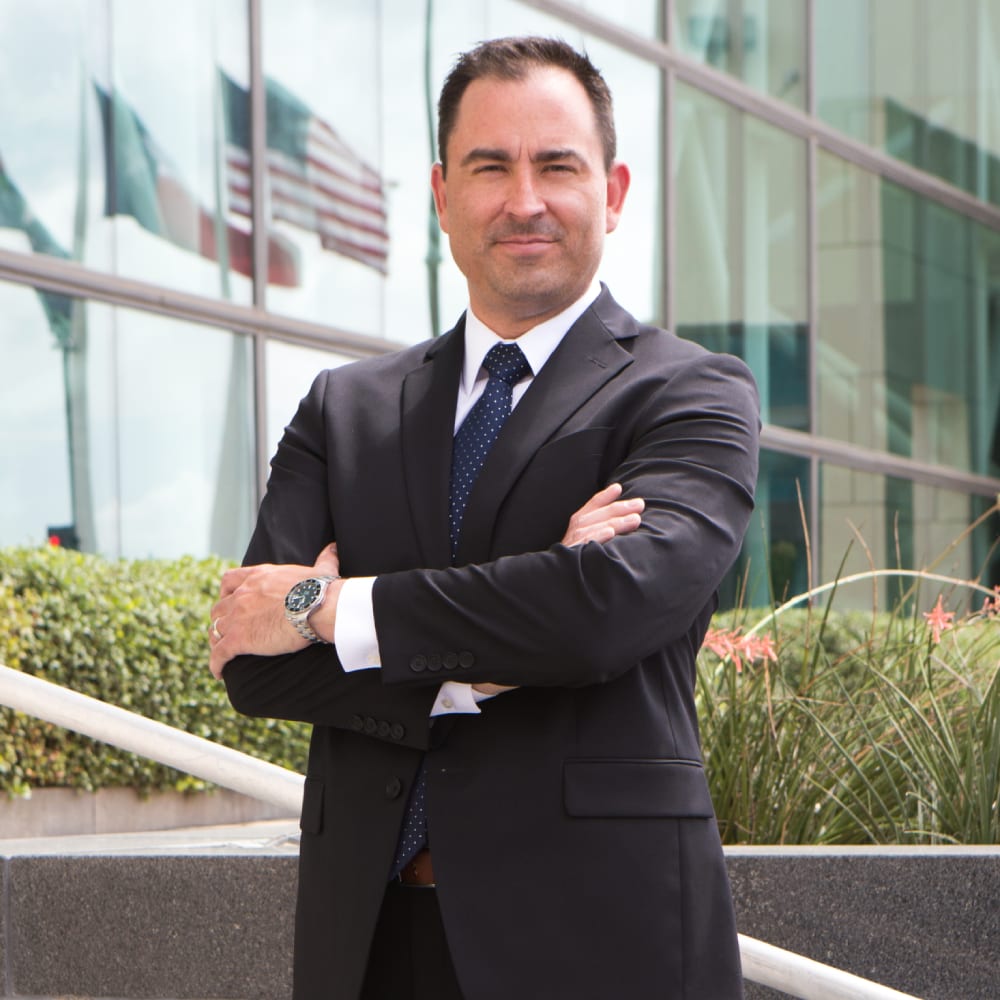 John Anthony Ross, Jr., or “Tony” as he is known among friends and colleagues, is a Top-Rated trial attorney practicing primarily in North Texas. Mr. Ross was born and raised in Houston, Texas, and attended Stephen F. Austin State University. He graduated with honors in 2002, with a major in Political Science. Mr. Ross then moved to Fort Worth, as he had grown up visiting and admiring the small-town atmosphere and unique character that this city offered. He attended Texas Wesleyan School of Law (now Texas A&M School of Law), and graduated in 2005.

During his time in the DFW area, Mr. Ross decided that this is where he wanted to begin a business and raise a family. After meeting in law school, he married his now wife, Susan S. Ross in 2006, and the two have lived in the DFW area since. Mr. Ross was licensed to practice law in 2006, and opened his own law firm in 2007. Since then, Mr. Ross has successfully managed his own law firm which is based in Denton County, and serves DFW and surrounding areas.

Throughout his career, Mr. Ross has successfully represented thousands of persons, families, and businesses in a wide array of legal matters. He regularly lectures young professionals, law students, young attorneys and attorney colleagues on various aspects of law. Through his firm, Mr. Ross has directly provided over 75, six-to-twelve month, law-office internships to undergraduate and law school students, affording them the opportunity to observe and experience the operations of a successful law firm.

His extensive trial experience, welcoming personality and skill in the courtroom help provide the foundation for a law firm capable of handling everything from simple, small claims issues to remarkably complex, multi-party litigation.

No matter how large or small your case may be, we have the knowledge and experience to help you. Ross Law Offices is different from other firms. Each and every one of Mr. Ross’s clients is a top priority, and our primary goal is to give that client the time and attention they need and deserve. Once retained, you will be working directly with Mr. Ross. Mr. Ross personally handles every docket setting, court hearing, pre-trial motion, DA consultation, client status meeting, and any other aspect which may arise with your case, including jury trial.

John Anthony Ross, Jr., or “Tony” as he is known among friends, is a native Texan. He was born in Houston, Texas, and moved to DFW in 2002 to attend law school. Mr. Ross is married, and has two beautiful children. When not working, Mr. Ross prefers staying active and being outdoors. He enjoys mountain biking, snow-skiing, traveling, and spending time with his family.